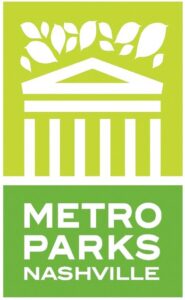 Nashville, TN – What great adventures has Father Time hidden from the world’s histories? And what lost stories can be mined from time’s endless depths?

These are questions that have both excited and inspired Nashville visual artist Randy L. Purcell. Known for his signature encaustic paintings where he transfers ink onto beeswax, Randy has been showcasing art all over Middle Tennessee for the past decade. While the traditional means of art exhibitions have placed Randy’s pieces in galleries and venues as far away as Canada, Randy is branching out from the usual art show space… and into something more experimental.

On Friday, November 6 and Saturday, November 7, Randy will be holding the debut campaign of “The Mystery Art League,” an art show series that’s equal parts interactive riddle and a scavenger hunt. The business’s maiden campaign is titled  “Premonition of the Red Veil” and will be held at Two Rivers Mansion. The engagement will serve as a fundraiser for the historic landmark and event space, as many historic destinations in the State of Tennessee have been impacted by COVID-19 in terms of reduced tourist activity and its attendant revenue. Randy’s art will be featured along with realist painter Ken Walls and imaginative figurative artist Grant Cooley. Taken together, their artwork will depict a story told with images from 17th century China. The details in the paintings will be filled with clues from the creators. The augmented reality software will populate the scanned image of the painting with details. The first person to correctly figure out the meaning of the clues will win a prize.

Randy’s goal with the event is to create an engrossing personal experience for the attendee. As those attending the event will have to look at both physical and digital details with the painting, Randy thinks that the event will make people study and appreciate the exhibited pieces in new ways.

“As an artist, I’m all about bringing people to new worlds and new experiences,” Randy says. “The advent of augmented reality technology allows me to do something that I couldn’t have done a few years ago. The idea of an art exhibit where people have to look at art and try to understand it, and spend as much time with it as they can—instead of just moving on to something else—is really appealing to me.”

“I think I speak for everyone at Two Rivers Mansion when I say that we’re grateful for the work of friends like Randy L. Purcell,” says Two Rivers Mansion Board Founder and President Emeritus Phil Claiborne. “Without the selfless contributions of the community members who put together and attend great events like this, the preservation work that we do wouldn’t be possible. But with the Mystery Art League event, we’re able to show the beauty of our site in a whole new light, and put on an event that’s incredibly exciting while still being safe during COVID-19.”

Those interested in attending the event are encouraged to purchase a ticket early. As Two Rivers Mansion will be practicing the necessary safety precautions for COVID-19, space for the event will be limited. Tickets for the event start at $60, which includes food courtesy of Donelson Cafe and Catering, as well as a beverage selection of beer and wine.  It should be noted that VideoBomb is currently available for Apple products only, with plans to expand available to Android devices at a later date. Those attending the event will have to have an Apple device that will allow them to use the VideoBomb app.

For further information about the fundraiser, visit http://friendsoftworiversmansion.org or Buy Tickets

VideoBomb is a company specializing in augmented reality smartphone software. Based in Nashville, TN, the company has worked on a number of notable campaigns, including national marketing efforts for Pepsi, Six Flags, Radio Disney, NBC, and Berkshire Hathaway HomeServices. VideoBomb has also helped out for a number of causes, including the Community Foundation of Middle Tennessee’s tornado recovery efforts, in which VideoBomb helped raise $800,000 via their software. VideoBomb’s software empowers everyone with the ability to create and share visually captivating stories that inform, inspire, entertain, and unite.

For more information about VideoBomb, visit https://videobomb.co  and find them via the social media links below:

Did you ever have a memory that was false? Details that you swore to be true, but that others questioned or didn’t recall? What if things happened just as you remembered them, and others got it wrong?

History is a collection of alternate accounts, chronicles that were never shared, and treasures yet to be unearthed. But can these lost stories be uncovered?

The Mystery Art League is founded on the principle that “time is a sequence of mysteries, all colliding into one another.” It is a multi-disciplined association of experts, investigating the unknown exploits of people in other timelines. We’re a collection of creators, researchers, and chrononauts who want to explore the heretofore closed books comprising the annals of past, present, and future.

Using VideoBomb’s augmented reality, artists are able to bring the lost tales of another timeline to life via exhibited works. If you’re bold enough to traverse the timescape, then join us. You just might realize that you’re part of a lost adventure.

For more information about the Mystery Art League, visit https://mysteryartleague.com and find them via the social media links below: Buy Tickets

Stay in the Loop

Join my newsletter for updates and deals on my paintings!
Close